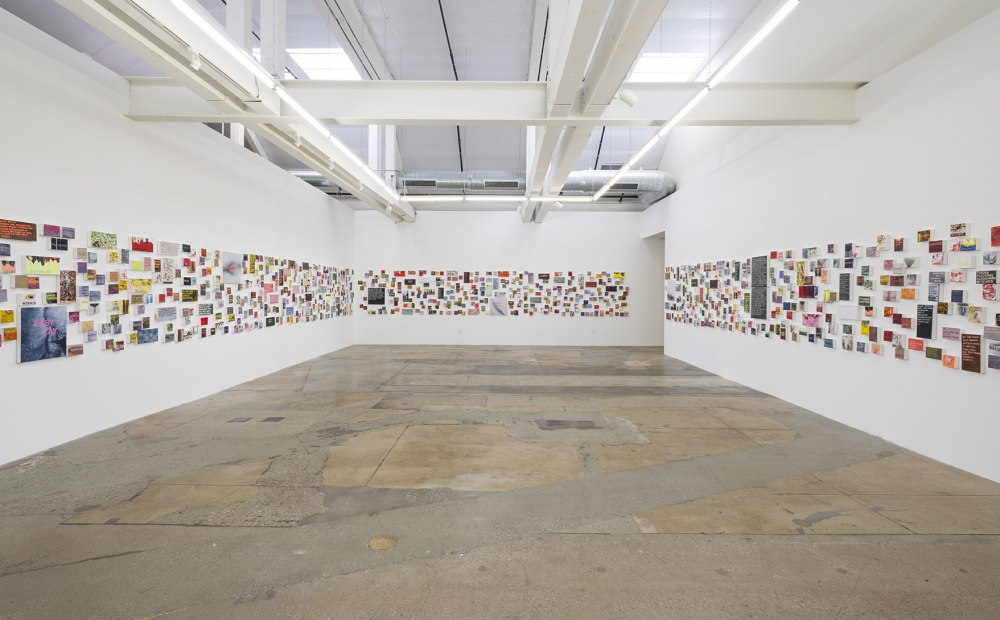 Over the next two years, Tompkins turned the results of her social experiment into 1,000 text-based paintings, using a selection of the words and phrases she received. The installation, 'WOMEN Words, Phrases and Stories', has traveled from New York City’s FLAG Art Foundation to Gavlak, hung in a carefully arranged salon-style that sprawls across the walls. The meticulous order creates a new narrative from the phrases, an incisive overview of the contemporary female experience and the perception of female identity in the west, from appreciation and objectification to misogyny and everyday sexism.

Tompkins presents the situation for women, in the here and now – but she also opens up questions about how art and culture shape that position. ‘The paintings layer text in various styles over imagery, including lace overlays, gauzy close-ups of the female body and a sampling of styles from the old-boy-painting network – de Kooning, Fontana, Guston, Morris Louis, Newman, Pollock and Richter,’ Tompkins writes of the installation work. ‘"WOMEN Words" was created to challenge the representation of female identity, the politics of pleasure and the role of sexuality in contemporary culture.’

'WOMEN Words' is a clarion call, far more radical and revealing than Tompkins’ better known earlier works also on display: her Cunt paintings and Fuck series, enlarged photorealistic depictions of sex in acrylic. Also on show are subtler statements on paper, including rare collage works, displayed alongside 'WOMEN Words' for the first time, highlighting the visible and unconscious structures that define gender today.