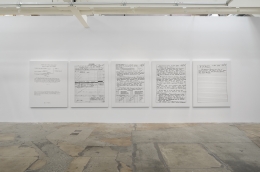 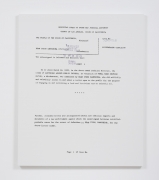 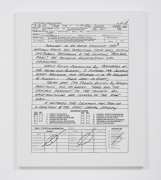 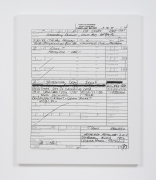 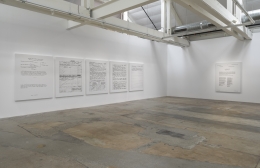 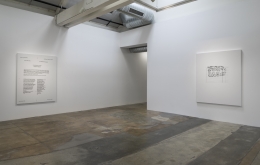 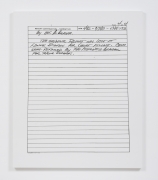 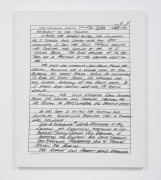 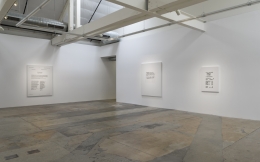 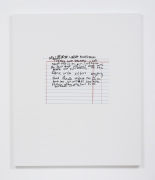 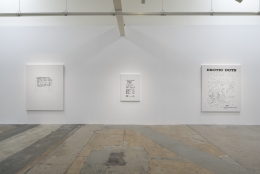 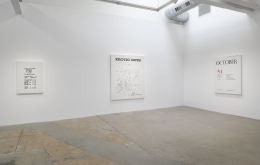 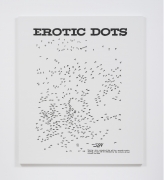 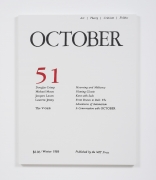 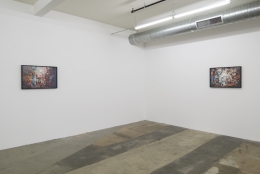 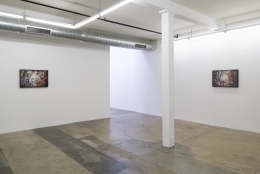 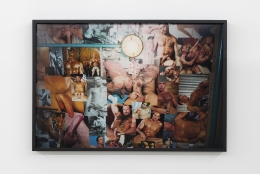 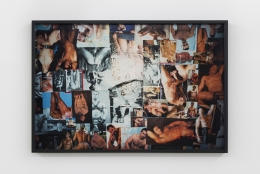 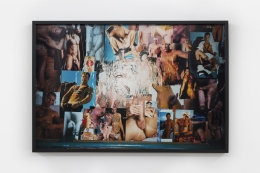 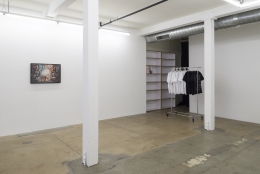 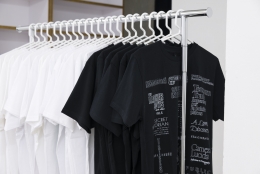 GAVLAK Los Angeles is pleased to present 647(d), an exhibition of new work by Dean Sameshima. While this is the artist’s first solo exhibition with the gallery, in 1997 Sameshima presented “Wonderland,” a series of photographs at Gavlak Projects, a domestic gallery space run by Sarah Gavlak, in the Silverlake neighborhood of Los Angeles.

Sameshima has had a longstanding interest in subcultures, particularly in that of the sexual outlaw within the gay community, a subset that he has explored since his earliest work. The exhibition looks at the manifestations of gay culture, particularly the role that cruising plays both directly and metaphorically in sexual encounters and romantic relationships.  For Sameshima, the notion of cruising implies a sort of collecting of men, turning partners into numbers, an idea that has long plagued the gay community. At the height of the AIDS crisis, conservative Americans looked at the epidemic through the lens of people – reduced to numbers – and getting what they deserved. Such a notion terrified Sameshima, who was a young, closeted gay man at the time.

The body of work included in the exhibition is inspired, in part, by a series of mug shots featuring men in Southern California who were arrested for alleged “lewd conduct” in public restrooms, or penal code 647(d), which is also the title of the exhibition. These images resonated with Sameshima, who was accused of and arrested for the same ‘crime’ in 1992. A five-panel black and white painting, titled “Against Nature,” represents the detailed report documenting Sameshima’s arrest. The pages of the police officer’s handwritten account of Sameshima’s interaction with the “suspect” reads like the script of a soft-core porn film. The graphics, letterhead, and script are carefully hand painted by the artist in an act of re-claiming a shameful experience, and repurposing it into a painting with an aesthetic quality. This monumental work, along with the other works in the exhibition, serve in part as a memorial to not only important gay men in the history of art, culture, and activism but also to the countless unknown homosexuals who have suffered persecution, harassment and discrimination.

Continuing on this idea of memorializing found in the arrest record painting, Sameshima has further selected items from his personal archive of gay porn, ephemera, and art theory, which he has collected over the last few decades, and of which continue to resonate today. With these purchase receipts, Xeroxes from art school, and book and magazine covers, the artist has created paintings that act as an homage to important figures, such as artists Félix González-Torres, and David Wojnarowicz, and art historian Douglas Crimp. While at Cal Arts, Sameshima’s professor gave him the press release from Félix González-Torres’s 1995 exhibition, “Untitled (Vultures),” an exhibition that was to be González-Torres’s last, before his untimely death. In the same style of the arrest report, Sameshima has painted, by hand, the entire text from the press release, of which contains excerpts from “The Artist as Citizen,” a speech delivered by Barbara Streisand at Harvard University, the poem “A Season in Hell,” by Arthur Rimbaud, and “I Work All Day”, a poem by Pier Paolo Pasolini.  All three quotes are a passionate proclamation on the role and status of the artist in society as the voice of justice and as the agents for change.

Another painting in the exhibition is the cover of the critical journal, “October,” which featured an essay by Douglas Crimp titled “Mourning and Militancy.” Crimp’s essay addressed the intersection of grief from the AIDS crisis in the community as well as the social protest that resulted in the formation of groups such as Act Up (AIDS Coalition to Unleash Power), and the slogan Silence = Death. In a nod to the direct actions of groups like Act Up, Sameshima’s “City Men” series is a private performance where the artist would visit a porn theater in Berlin on the birthday of an important figure in gay culture. These paintings of the receipt for each admission ticket are exactly the same except for the dates which commemorate the births of figures such as John Rechy, Renaud Camus, John Giorno, and Fred Halsted who created the only pornographic films currently included in the permanent collection of the Museum of Modern Art New York.

For more information concerning the exhibition, please contact Tabor Story at tabor@gavlakgallery.com, or (323) 467-5700. 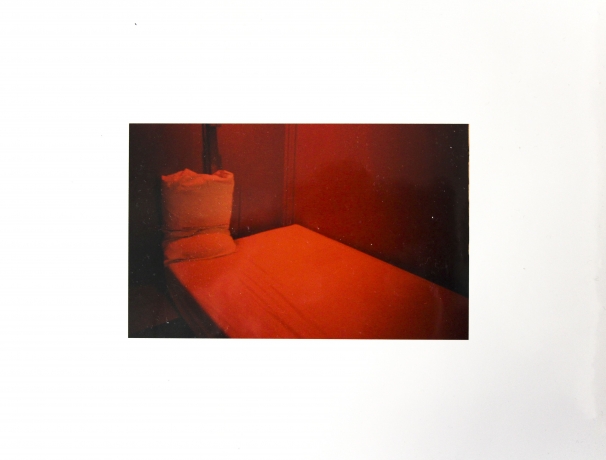 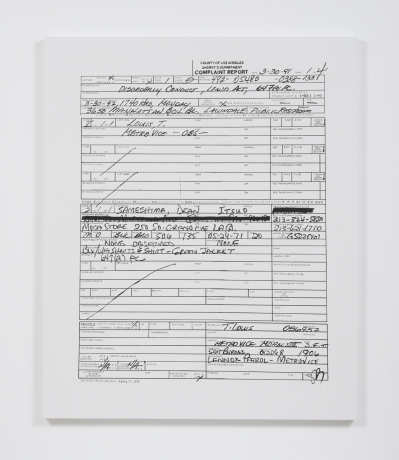 Artist Dean Sameshima worked in MOCA’s bookstore in 1992, when he was arrested for lewd conduct. A cop had “caught” him in a public restroom, during a sting operation (some LAPD officers had heard certain restrooms were playgrounds for pleasure seekers). For his show at Gavlak Gallery, Sameshima, who now lives in Berlin, hand painted the pages of his arrest report across five canvases