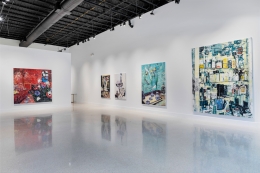 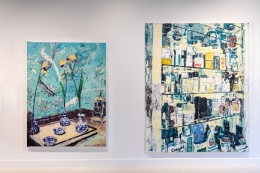 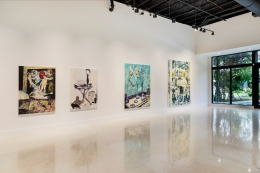 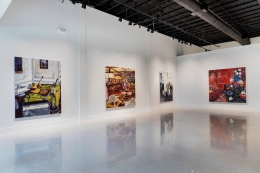 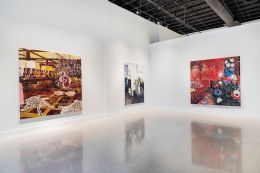 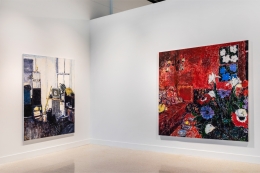 The Idea of Us

Brunch conversation with Bonnie Clearwater and Enoc Perez, 11:30am

Gavlak Palm Beach is pleased to announce the opening of The Idea of Us, a solo exhibition by New York based artist Enoc Perez (b. 1967, San Juan, Puerto Rico). This will be his first solo exhibition with Gavlak. The reception will be preceded by a discussion between Enoc Perez and curator Bonnie Clearwater, director and chief curator of Nova Southeastern University’s Museum of Fort Lauderdale, who organized Perez’s first major Museum exhibition at MOCA Miami in 2000.

Enoc Perez is largely known for imbuing nostalgic qualities into his paintings of iconic twentieth century buildings. Since moving to New York in the late 1980’s, ​Perez has been influenced by the mid-century architecture responsible for ushering in a new era of modernity as well as shifting the center of culture and capitalistic optimism from Europe to the United States.

Among the most notable buildings in New York, Perez has painted the Eero Saarinen TWA terminal, the Mies van der Rohe’s Seagram building, the United Nations building, and the Lever House, this painting he exhibited in the building’s lobby in 2007. Perez responds to the process and medium of painting these structures as saying “I love painting, and I believe in painting, and I share that with these architects who believed in utopia. A lot of painters paint to question the medium, which might be conducive to their practice, but I'm one of those who really believes in painting."

Influenced by artists such as Andy Warhol and his silkscreen method or Robert Rauschenberg’s use of similar techniques to blur lines between painting and printmaking, Perez experimented with comparable techniques.  What he developed was a process of transferring an image painted with oil paint onto a piece of paper and then pressing and rubbing back of the paper onto the canvas.  This labor-intensive way of painting produces a texture and patina to the painting’s surface creating an impression of utopian bygone epoch of architecture, style and design.

Having mastered this unique painting method and exploring the application of that to various series of Embassy’s around the world, the artist next turned to the subject of interiors. Working from shifting the paradigms of: exterior to interior, macro to micro and public view to the private view, the artist further initiates a dialogue between painter, artist, patron and ultimately the viewer.  By giving us a glimpse into the private spaces of eccentric individuals and creative geniuses through works such as “(Untitled) Apartment of Andy Warhol, New York City,” a large canvas showing the contents of the artists medicine cabinet and “Salon Verdoyant Apartment of Pauline de Rothschild, Paris,” Perez draws a connection between individual personalities and the concept of a dwelling as portraiture. Similar in atmosphere and approach to color and composition of Henri Matisse’s masterpiece “The Dessert: Harmony in Red,” 1908, Enoc Perez’s rooms celebrate pattern and decoration. Like the flat, colorful walls and green garden seen through the window in the aforementioned Matisse work, the fabric, wallpaper, two Warhol flower paintings and a floral arrangement of calla lily and dahlias found in the work “23 East 74th Street, New York City…” become one sumptuous surface.  In both paintings, while created centuries apart, we see the collapsing of hierarchical standards between interior design and decorative arts and painting’s “High Art” status. Notions of beauty, pleasure and the love of painting and art history over critique and deconstruction are clearly embraced and celebrated in the paintings included in “The Idea of Us”. 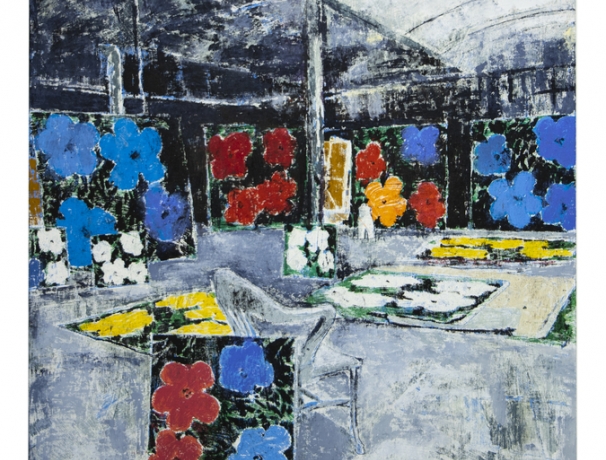 Enoc Perez
Back To Top