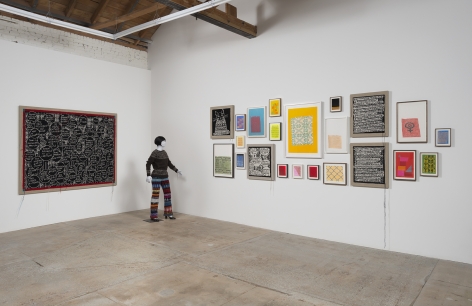 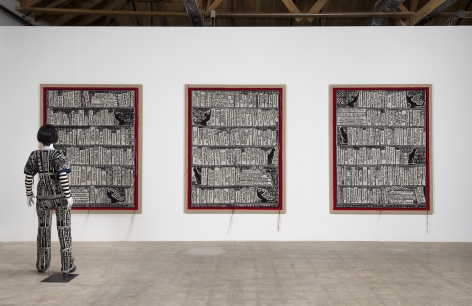 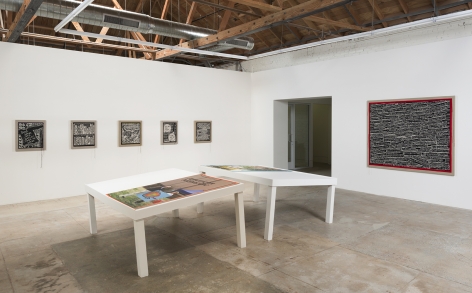 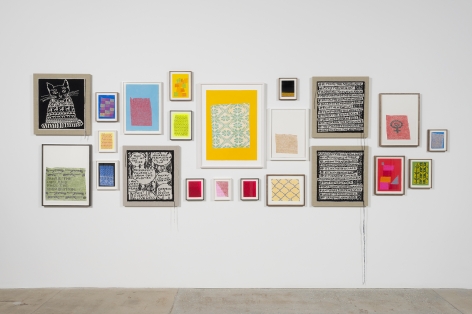 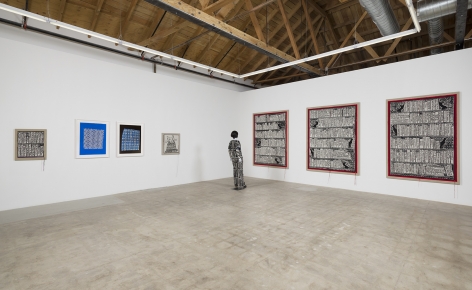 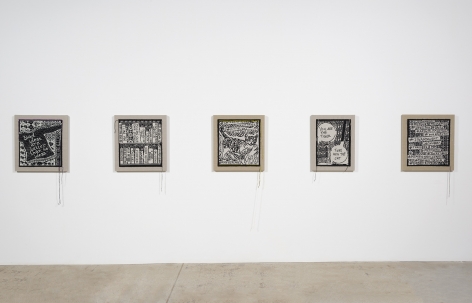 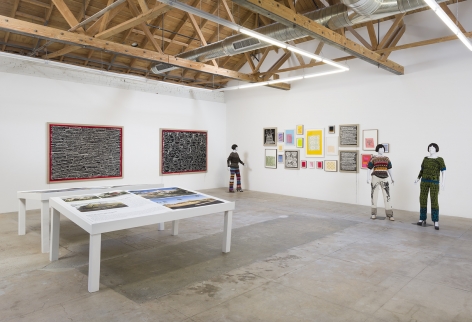 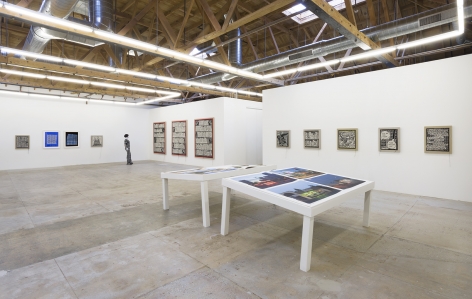 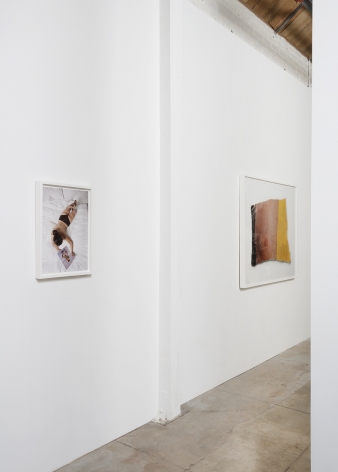 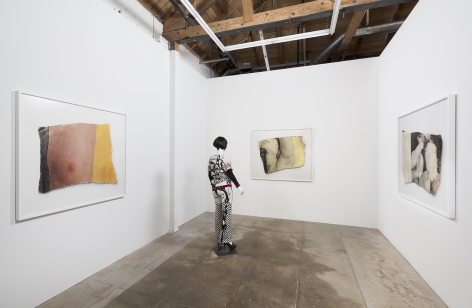 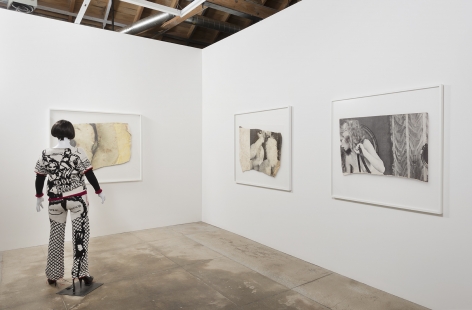 September 10, 2014 (Los Angeles)—Gavlak is pleased to present Lisa Anne Auerbach “Spells” September 13 – October 18, 2014. While this is the fourth solo exhibition of new work by the Los Angeles based artist with Gavlak (the previous three exhibitions being in the Palm Beach gallery, including a recent two-person exhibition with her fellow Art Center Alum TJ Wilcox) “Spells” marks Auerbach’s first solo exhibition in her hometown since 2007. In addition, this will be the first one-person exhibition for the newly opened Los Angeles branch of Gavlak.

Following her recent participation in the 2014 Whitney Biennial, curated by Stuart Comer, Chief Curator of Performance and New Media at the MOMA New York, the works in “Spells” continues Auerbach’s role as “An Empress of Modest Propaganda” as the Biennial Catalogue Essay recently referred to her publications practice. The work ranges from knitted banners, sweaters, pants and skirts, to zines both large and small, and includes photography as well as painted gouaches on paper. The artist uses all of these various and seemingly disparate media as an alternative distribution of ideas and language. Themes such as the declarations by psychics and tarot card readers, issues surrounding reproductive rights for women, the current fad and proliferation of hashtags in our culture, as well as her unfeigned love of cats, are all woven into the various media as a means of disseminating issues both private and public to a larger audience.

The works included in her solo exhibition at Gavlak were taken from her meetings with various psychics, their clairvoyance recorded and then knitted into large and small sized banners with traditional sweater patterns. Other banners in the exhibition feature hashtags both real and made up, such as #1%adjacent, #gazastrippers, #adderallsummer and #freedomsstillmessy. Also appearing in knitted works are the artist’s own sayings such as “Bad Ideas are Better Than No Ideas” and “Parenthood: Plan It for the Planet”. The knitted works, including costumes adorning mannequin replicas of the artist, are considered by Auerbach to be pixilated imagery similar to both a printed photograph as well as her other publications. The "printing" of the knitted works is done using large knitting machines in her studio. More recently, the artist has translated the idea of pixels into hand-painted, colorful and abstract gouaches on paper. These gouaches depict her often-used re-worked traditional Norwegian sweater patterns. These paintings are often a study for an eventual sweater to be knitted with text, or are simply a "sampler" of color squares floating on another intense color. A grouping of these colorful paintings on paper in various sizes will be included in the exhibition.

In the smaller gallery we will present a series of large photographs called “Torn Porn” which Auerbach made in 2010 and of which are being exhibited for the first time in Los Angeles. These photographs again make reference to the artist’s love and obsession with publications. The works are re-photographed scraps from a bondage magazine the artist found in an airport parking garage over twenty years ago. Auerbach saved the muddy, torn fragments and photographed the leftover pieces, printing them large (44 x 52 inches) and making the once anonymous private collection quite public. The hint of bondage (ankles with handcuffs, someone being tickled with a feather duster and other SM fantasy scenarios) become exaggerated when blown up large. The edges and pulp of the paper draw the viewer to the fact that these scraps are archival objects, fragments of a recent history when printing methods where less technologically advanced as today.

For more information concerning the exhibition, or for press inquiries, please contact Lauren Wood at lauren@gavlakgallery.com, or 323-467-5700. 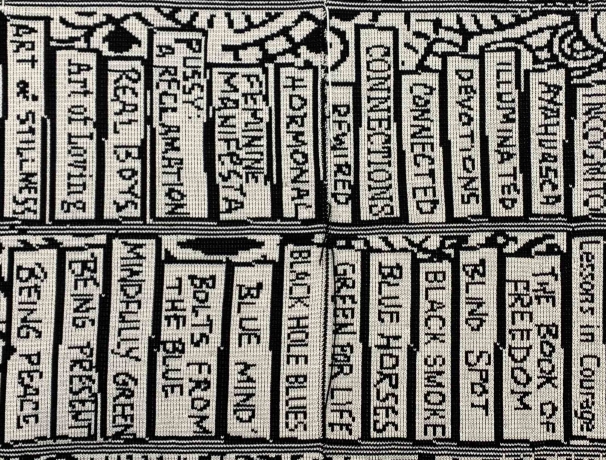