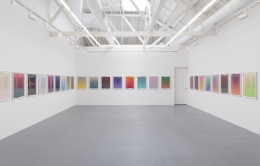 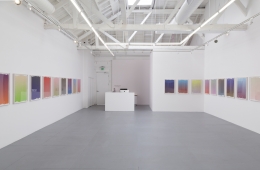 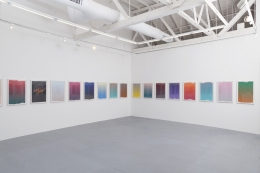 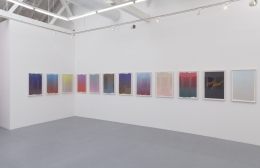 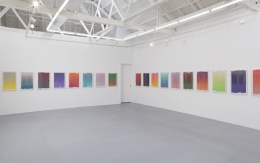 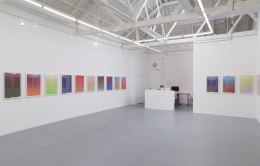 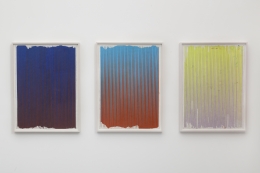 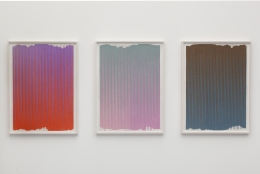 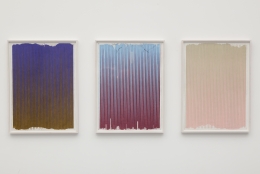 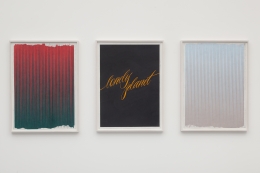 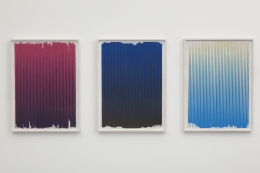 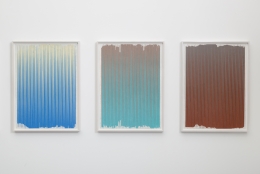 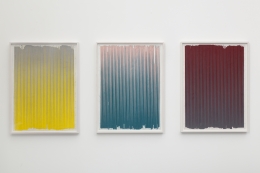 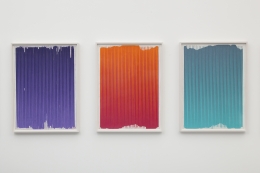 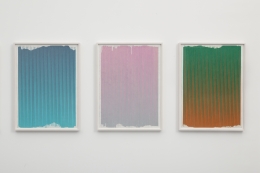 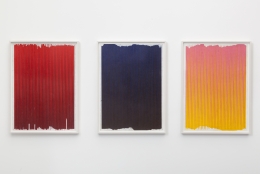 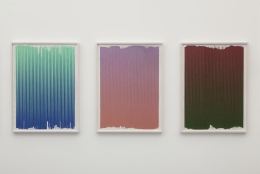 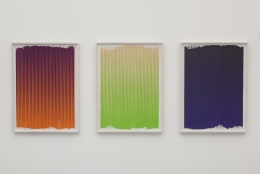 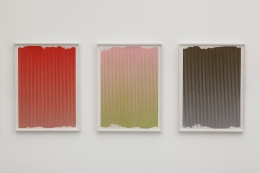 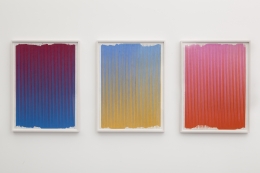 Gavlak is proud to present Lonely Planet, a major exhibition of new work by Andrew Brischler that will take place simultaneously at both the Los Angeles and Palm Beach galleries. This is the artist’s fourth solo presentation with the gallery.

Lonely Planet takes its title from the 1993 play by Steven Dietz. Set in the 1980s at the height of the AIDS crisis, the play revolves around two gay men in an unnamed American city who ponder death and friendship in the wake of the new epidemic. Using the production’s broad themes of evanescence, entropy, loss, and compassion as a jumping off point, Brischler has created two distinct bodies of work that have been instrumental for him to make sense of this particular sociopolitical moment.

For the Los Angeles gallery, Brischler will show a series of 41 gradient drawings that—when seen as a complete installation—create a frenetic color spectrum.  As with all of Brischler’s work, this entirely abstract installation comes from a deeply personal place. During an HIV scare in 2016, Brischler waited for his (ultimately negative) test results in his doctor’s office in Brooklyn, New York. In the waiting room, Brischler looked up and saw a strange, optically dazzling pattern of black and white created by sunlight filtering through the vertical blinds.  He snapped a photo, and upon returning to his studio, made a dozen small studies using this strange knife-edge pattern as a jumping off point. Over the course of the following year, Brischler let the series grow to this uniquely large scale.  For Brischler, this series is a way to confront anxiety, banish shame, and connect with a lineage of gay men who came before him.

In contrast to the Los Angeles gallery, Brischler has chosen to focus entirely on typography for Palm Beach. Words and phrases like “Constant Cravings,” “Bottomless Pit,” and “Promises, Promises” are distorted, stylized and sit in a precarious place between abstraction and commercial design.  Each piece simultaneously confronts and aestheticizes the artist’s personal day-to-day challenges and the universal human emotions that Dietz explores in his stage play. Brischler sees his entire practice—but especially the work using text—as a continuous record of his own neuroses. Each work is a piece of cultural detritus, part of an ever-evolving narrative of his personal pop cultural canon.

Andrew Brischler was born in Long Island, NY in 1987 and currently lives and works in Brooklyn, NY. He earned his BFA in Painting and Drawing at SUNY New Paltz in 2009 and his MFA at The School of Visual Arts in 2012. His work has been included in numerous exhibitions throughout the United States and Europe with recent highlights that include: When We Were Young: Rethinking Abstraction, University Art Museum, New York, 2017; Flaming June VII (Flaming Creatures), Gavlak, Los Angeles, 2017, Sharper Image, Present Company, New York, 2017; Pointed Remark, Feuer Mesler, New York, 2017; Re(a)d, curated by Ryan Steadman, Nathalie Karg Gallery, New York, 2015; The Arts Club, London, 2014; Painting: A Love Story, Contemporary Arts Museum, Houston, 2014; and 39 Great Jones, Galerie Eva Presenhuber, Zürich, 2013. His work is in the collection of The Norton Museum of Art, West Palm Beach, FL. In 2013, he was awarded the prestigious Rema Hort Mann Foundation Visual Arts Grant. Brischler has been featured in numerous publications, including Architectural Digest, 100 Painters of Tomorrow (Thames & Hudson, 2014), Modern Painters, and New American Paintings.

For more information concerning the exhibitions or for press inquiries, please contact Lauren Wood at lauren@gavlakgallery.com, or 323-467-5700. 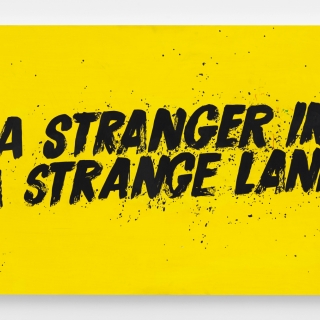