Graphite and spray paint on paper

Graphite and color pencil on paper 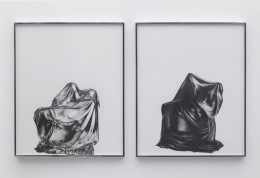 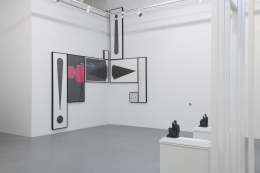 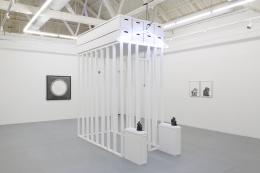 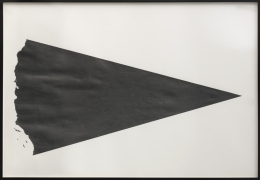 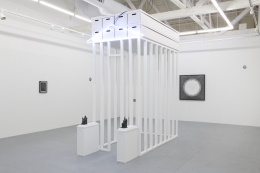 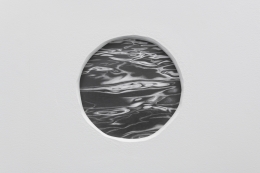 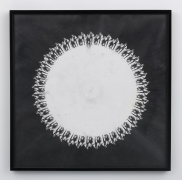 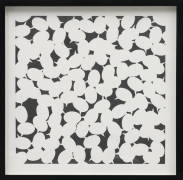 ‘How could the rich, the strong, the elegant, the fashionable, the powerful, be in the wrong? It was their world, and the rules they made for it must be the right ones.’  ––George Orwell, Such, Such Were the Joys (1948)

Gavlak Los Angeles is pleased to present Such, Such Were the Joys, an exhibition of new work by Los Angeles based artist Yuval Pudik. This marks the artist’s third solo presentation with the gallery.

Over the past 15 years, Pudik has developed a rigorous practice of delicately rendered drawings of graphite on paper. In recent years, he has begun to include installation and sculpture as an extension of that rigor. Such, Such Were the Joys will combine these practices in an ambitious confluence of six new bodies of work interrogating the notion of the personal vs. the political, and how this iconic struggle first born in the feminist movements of the 1960s, relates to the challenging of our most stayed institutions in the present day United States, most notably: The United States Supreme Court. Such, Such Were the Joys, taken from the title of George Orwell’s cynically autobiographical essay, speaks of the writer’s traumatizing childhood in an English boarding school. The irony of the title, which Orwell borrowed from William Blake’s, ‘The Echoing Green’, speaks directly to Pudik’s questioning of the naivety of American idealism and of the bipartisan longing for days since passed.

The centerpiece of the exhibition is a ghostly and monumental installation titled The Court. Recalling a house on a hill, perhaps a shrine, or as Pudik says, “the last remaining fort,” the installation is comprised of multiple vertical wood columns suggesting the physical building of the The United States Supreme Court in Washington, D.C. This rigid system of columns is weighed down by nine seemingly immovable eight-foot long archival boxes, “left in the attic,” on top of the structure. Flanking the entrance of the court are two souvenir-like marble sculptures representing the famous wardens of the Supreme Court, James Earle Fraser’s The Contemplation of Justice and The Authority of Law. Acting as a couple, and the origin of a democratic society, these two miniature bastions of constitutionality are covered in graphite — an unlikely medium on the impermeable marble surface. The sculptures are dwarfed against the scale of the adjoining structure, all of which are illuminated by the presence of a single triangular neon pediment. In the country’s current political state, one of the most revered institutions has been subjugated to a sensationalized form of entertainment, relegated to a storefront where democracy has been commercialized.

Surrounding The Court are five new bodies of works on paper. Around the perimeter of the gallery, a collection of circular drawings are imbedded into the walls, framed only by the drywall holding them in place. Each porthole presents the view of a black and oily seascape, devoid of a horizon, harkening to a sinking ship.

The most autobiographical works in Pudik’s exhibition are amidst the portholes. A meticulous ‘ring’ is centered on the back wall of the gallery, comprised of forty graphite renderings of Fleetwood Mac’s famed Rumors album cover. Though born the same year Rumors was released, the album was not part of the artist’s childhood, spent in a kibbutz in rural northern Israel. Pudik discovered the album later in life, through his husband, and the songs became symbols of his past in contrast to the stark realities of the present. In the mysterious drawings, Pieta 1, and Pieta 2, a faceless male couple, shrouded in an indecipherable fabric, references Michelangelo’s famous sculpture of the omnipresent maternal Virgin Mary cradling the dead body of Jesus. Pudik has erased gender roles, giving the figures protection from stereotypical constraints and the backlash of bigotry that has infiltrated society in a post-Obama America.

Tucked into a single corner of the gallery is a cluster of drawings depicting the cartography of California’s coastline, statistics from the 2016 election of Donald Trump, and the repeated imagery of exclamation marks and text bubbles – all a comment on the facile emptiness of communication in the age of smart phones.

Finally, a single drawing titled Colin’s Way hangs starkly alone in the center of the space. Taken from an image of Colin Kaepernick in the GQ ‘Citizen of the Year’ spread, Pudik has mirrored the image of Kaepernick’s t-shirt one drawing on top of the other. The t-shirt depicts names of victims of police brutality, and the mirrored drawing creates a messy fog or screen which abstracts the names and leaves them nearly unreadable. An added layer of pulverized graphite forms another layer of texture and obstruction.

For more information or for press inquiries, please contact Lauren Wood at 323-467-5700 or lauren@gavlakgallery.com 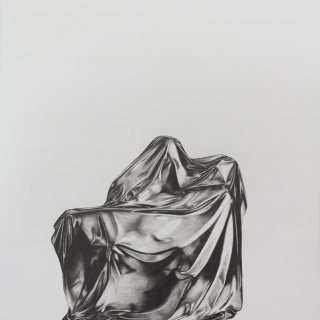